Home » Blog » Commercial » What Is A Drain Trough

So What Is A Drain Trough?

A drain trough is a concrete, or poly formed trench system. It’s located within the subfloor behind or between the washing machines. Drain troughs are designed and spec’d specifically to the operational capacity of your location.

A drainage trough is manufactured to withhold a complete dump of all machines. In the event that a power outage should require all machines to dump at the exact same time, the drain trough system can withstand the entire dump from every machine. The trough then, in turn, drains into the main plumbing line.

Whether you operate a vended laundromat or an on-premise laundry, a drain trough is very important. It provides a lot of benefits to your operation. But the biggest benefit to you is the cost savings of course. 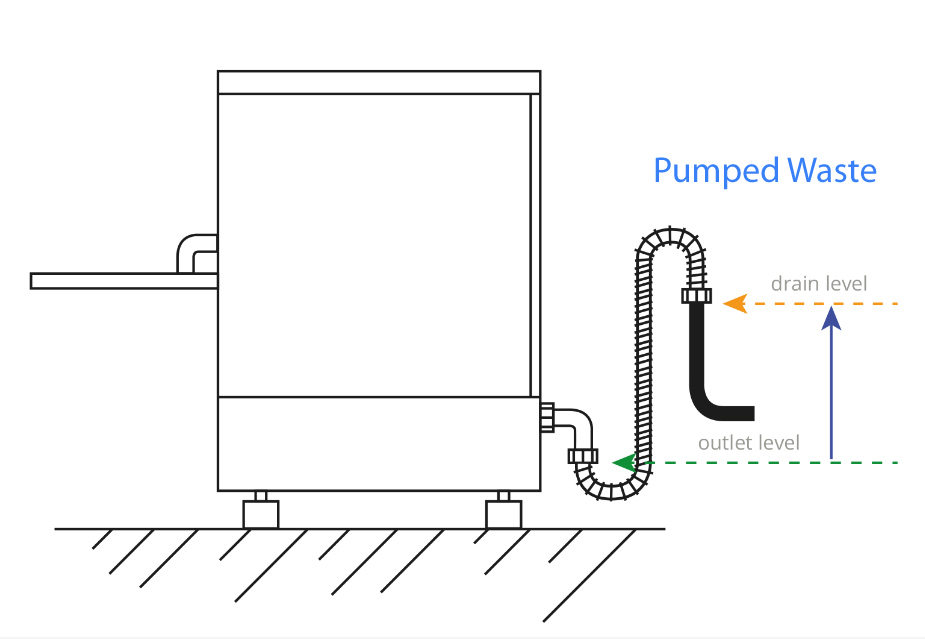 The vast majority of commercial laundry equipment is gravity drained. Meaning that the machines have a large stator actuated ball valve retaining water within the machine. When the cycle calls for the water to be released through the drain, it physically dumps and falls due to gravity. Unlike its small chassis, homestyle counterpart, which has a pump.

The Need For Speed – And Ultimately Drain Troughs

With commercial washer-extractors, it is very important for the drain water to be dumped thoroughly. But more importantly, it needs to do so very quickly. The speed allows the machine to continue through its process within the given cycle. Failure to expunge the wastewater and debris fast enough can cause the water to back up and delay the cycle. Even worse, it may cause the machine to fault to an error code, thus halting operation completely until you can get a plumber out there.

Closed PVC Or a Drain Trough

Closed PVC plumbing requires varying degrees of multiple traps to eliminate sewer gas. It also does not adequately allow for the immediate flow rate of several machines dumping at the same time.  This plumbing can cause serious downtime and repair costs due to debris being drained directly into the lines. The debris can and will collect over time and the only way to remove is by water jet service or a drain snake deployed by a plumber to remove.

Enter the drain trough. If space and operation allow for a drain trough application, we highly recommend it rather than a closed PVC plumbing system. All drain trough systems come with a lint screen to collect all lint from linen as well as any foreign debris. This stops the debris from gaining access to the main sewer line. The largest benefit of a drain trough system is its capability of being accessed from the top. This allows you complete access to the entire space for easier cleanout and capture of debris. And because the lint screen can be easily accessed, it can be added to the daily cleaning schedule of your staff. We’ve just saved you tons of downtime and plumbing expenses.

The structure of the drain trough systems also allows for more convenient access to the rear of the washer-extractors for service and utility lines. Overall, a much more simplistic operation, cleaner operation, and return on investment through reduction of required service.

The drain trough sizing that you need will depend on the number of washers that your facility has. We can help you determine the capacity and size needed for your laundromat drain trough. Give us a call (800-866-6905)  today to get started.

PrevPreviousWhat Are The Steps to Build A Laundromat
NextShould I Install a Coin, Card or App Based Laundromat Payment System?Next